First beta has been released

You may be wounding what is VirtualPF and how can it be of benifit to me.

Let me start with why VirtualPF was actually founded. Key4ce was using a Virtual infrastructure and we was using Linux firewalls but these were not upto the job. We decided we would go with a BSD based firewall as the frontprint will be small but was unable to find anything which could run as a as unix based firewall with cluster support. Angelo joined the Key4ce team to build virtualization support into pfSense.

We found ourselves unable to publish our code changes to pfSense under licence we found acceptable due to the developer licence they require us to sign. We decided that we want this work to be released to the public (As we saw demand for it in the forums) so we decided to fork pfSense so we could release our code under a licence which we are happy with.

We have currently released a beta of the firewall with a goal to have the first stable within 4 weeks. That’s not to say this is unreliable but as with all software we expect a few bugs and want to iron these out first.

Marco Tiggelaar – The founder and CEO of Key4ce. He has over 10 years’ experience of server support and Open Source projects.

Trevor Robinson – CTO at Key4ce with over 10 years’ experience of server support.

Angelo Rietdijk – Lead Developer at Key4ce. Joined to add the Virtualization code into PfSense before we hit the licence Issues. His main project is to develop VirtualPF.

We hope more developers will join us on this open source project to make it the best it can be and to add extra features as needed. In the next few weeks we will be giving more information on how developers can get access to our code. If you have any questions please let us know in the Forum. 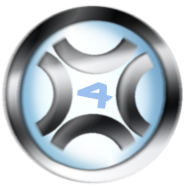